There once lived an old woman and her young daughter. They had lived for so long in the same place, that they decided to move away to another location. So, one day they broke camp and prepared to leave.  While they were packing, their dog died of old age. The woman and her daughter were very upset over the dog's death. However, since they were in a hurry, they left the dog in the camp and set off through the woods. When they had gone a fair distance, the daughter suddenly remembered that she had forgotten their moose-hide scraping log in the camp.

A young woman who did not have a husband, lived with her two brothers. One day a handsome stranger came to their house. The brothers said to the sister, “This handsome man has come for you so you must marry him.” So the couple were wed.

On their wedding night the young woman awoke to the sound of a dog gnawing on a bone. The woman’s husband was also no longer at her side. She jumped up, lit the fire, and searched the tent but there was no dog in the tent. 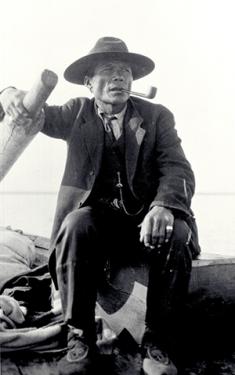 For centuries the Tłı̨chǫ of the Northwest Territories have relied on an intimate knowledge of the land and its wildlife to survive. 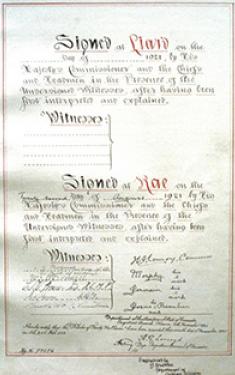 On August 22, 1921, Chief Monfwi, representing all Tlicho, signed Treaty 11 with Canada. The Treaty promised to give the Tlicho annual payments and services, like medical care, education and old age care. In exchange, Canada would get title to the land, and would be free to allow gas and mineral exploration throughout the Mackenzie Valley.